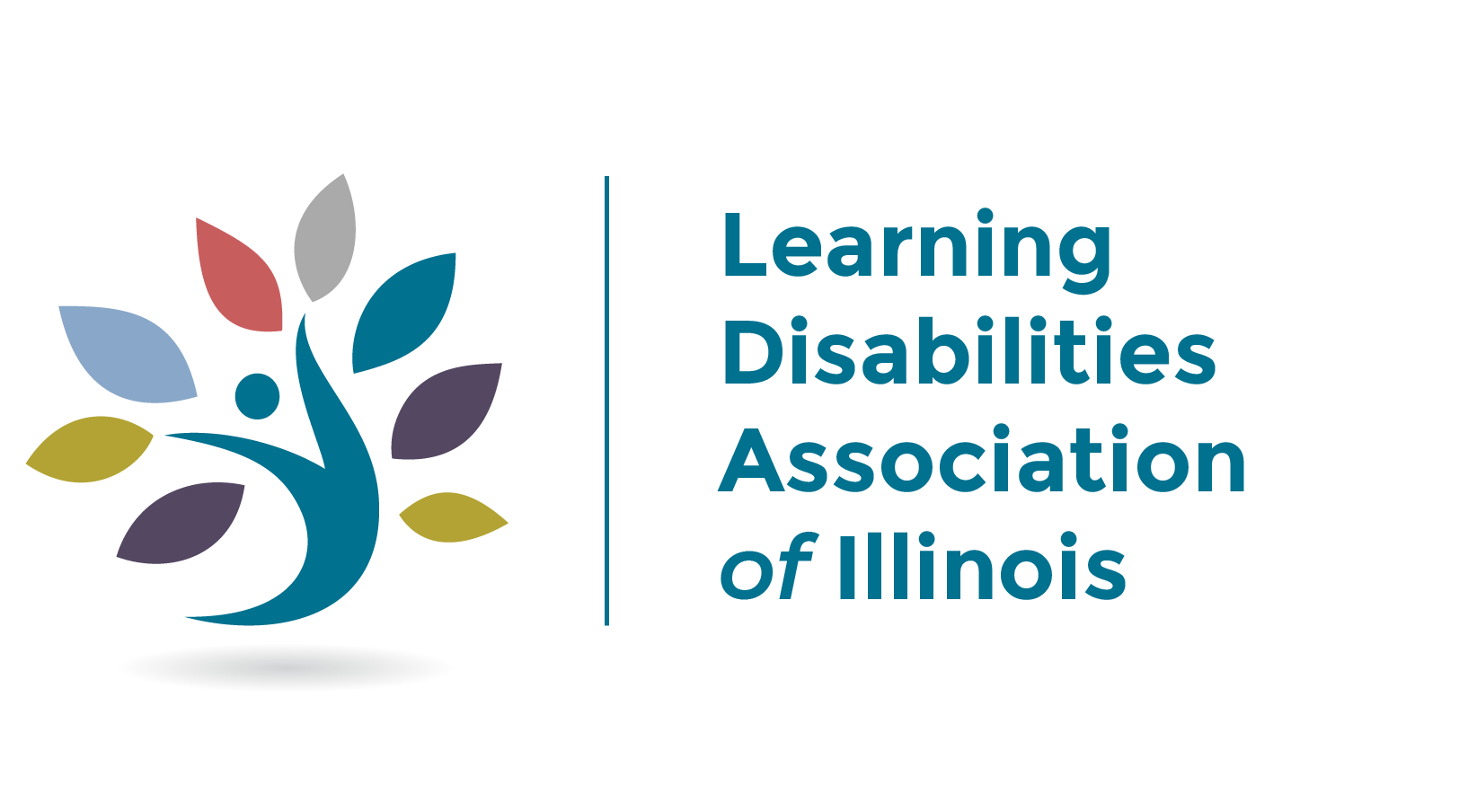 About LDA of Illinois

LDA of Illinois believes that every person with learning disabilities can be successful at school, at work, in relationships, and in the community — given the right opportunities.

The mission of the Learning Disabilities Association of Illinois, is to create an environment that supports, informs and empowers individuals with learning disabilities throughout their lifespan.

The History of LDA of Illinois

An Account of the Creation of the Learning Disabilities Association of Illinois, By Louise Hullinger

Louise Hullinger was the 5th president of Learning Disabilities Association of Illinois. She worked tirelessly as a board member at the state and local level.

“In 1963, people from several states met in downtown Chicago to propose an organization that would have enough parent power to bring about legislative change so that all children could be appropriately educated. Out of this grew what is today the national organization called the Learning Disabilities Association of America.

Sympathies from other parents was often lacking. When appearing at a school problems commission meeting, Frances Gleiter, then president of the Chicago Association for Children with Learning Disabilities (ACLD), gave an earnest description of her child with learning disabilities and was told by a member in the audience, “Those children were given to you by God for YOU to care for. Don’t expect us to do it.” The schools literally did not know what to do with “those kids”. Out of concerns such as these, the Chicago ACLD was created. It was incorporated on March 17, 1965, with Norman Kuperman as president and Evelyn Friedman as Treasurer. In those early days there were more pugilists than not. My mother attended a meeting and said, “I think they’re all perpetually handicapped.”

The organization took off slowly at first. After it began to meet at a church on 87th and Cregier on the south east side of Chicago, Dr. Burt Schloss was named president with Frances Gleiter as vice president. Dr. Schloss began a newsletter, while the Gleiters began to publicize it. Ann Finn became publicity chairperson. It was fairly easy to get publicity. Governor Shapiro proclaimed the first Learning Disabled Week as October 20–26,1968. Those who helped were Joan Beck, (Channel 11), Freda Kehm (WBBM),Virginia Gale (WGN), Jack Eigen and the Chicago Tribune. Membership grew by leaps and bounds, primarily by word of mouth.

We began to work to get legislation passed that would benefit kids with learning disabilities. We weren’t wise in the ways of lobbying, but Bob Abbot hectographed (purple ink) an information sheet titled Ways to Get Laws Passed. Illinois held a luncheon for legislators in Springfield with the help of Margaret Wood, a board member who lived there. We invited legislators, focusing on the educational committee. Illinois, a precedent setting state, passed a law in l965 to take effect in l970. Before that, there was no category in the Illinois School Code for our children. Special Education meant serving children who were blind, deaf, physically disabled and mentally retarded. In the Illinois School Code our kids had to be fit in under “and other”. In Chicago, those who received help went to “brain damaged classrooms”. Their teachers were “brain damaged” teachers! There were no teachers to teach the children. There were no teachers to teach the teachers!

We set about petitioning colleges to offer courses. Dr. Helmer Myklebust and Doris Johnson of Northwestern University offered courses! I petitioned WTTW, Channel 11, to offer television courses, but was told it could not be done. Vernon Frazee, a state legislator, championed HB 1402 through Springfield. This law created a category through which our students could receive services. Therefore, Illinois had a category for our kids before federal legislation PL94-142 was passed. Illinois had a category in 1969 and the federal legislation was not generated until 1975. Frazee became a featured speaker at early meetings.

By 1965, three groups had formed in Illinois: The Fund for Perceptually Handicapped Children, The West Suburban Association for the Other Child, and the Chicago Association for Children with Learning Disabilities. A few men from the first two groups were meeting on the second Monday of each month at Stouffers Restaurant on Randolph at Wabash. They were anxious for the Chicago ACLD to join them so they could form a “Council” that would bring more clout and power to the cause. We eventually agreed and formed what we then called Illinois Council. There were more men than women at those first council meetings. The men worked in The Loop and meet after work while the women generally stayed home with their children. Smoking was still common and the first president smoked a pipe.

Our first grand scale panic occurred when a funding source fell through half way through a planned one-day seminar. Presto! We discovered the rummage sale. We had other fundraising efforts, notably giant coloring books, which some one stole. We also discovered an immense thirst for knowledge about these “special kids” as people came from many suburbs to attend the seminar we held at Lane Technical College Preparatory High School with Dr. Sam Clements and others speakers.

We outgrew our meeting and parking facilities several times in those early years. We journeyed with our little band from the southeast side to Foster Park Fieldhouse to Quigley South High School and to Ford City, when it was just debuting. Sol Gordon was invited to speak to Chicago-South on Sexuality and the Learning Disabled. Because of the topic, Ford City refused to display our posters!

In 1971, we successfully wooed the national association to hold a conference in Chicago. There were great worries about who would pay for the conference if there would be a blizzard that might keep the crowd away. We were all so new, so naïve, so young and so earnest. The conference turned out to be a success except we hadn’t been savvy enough to negotiate for any of the income. We learned that in order to talk to anyone at the Board of Education we needed their private numbers; in those days, other calls were mysteriously sidetracked, transferred or disconnected.

The invention of Xerox hailed in a new era: hundreds of companies unknowingly contributed to the cause of learning disabilities. Lengthy newsletters became possible, most of which were tapped out on upright typewriters. Dues were eventually raised. From $.25 to $1.00 per year— the first increase in dues! The Council’s budget was $375 per year and we were successful with that little largely because no one turned in their bills. When Ellen Scloss was president, she prevailed upon Arlen Gould to fund the first conference on learning disabilities in Peoria. Later, many conventions were held outside of the Chicago area, including Springfield and Rockford. The only Illinois conference held out of state was held at the Blackhawk Hotel in Iowa, hosted by Tri-County of Moline and Rock Island. Puzzle Children, with Bill Bixby, was shown on WTTW, Channel 11. Several of us were on the panel; all member units sent people to answer questions on the phone. In 1976, the membership of the Illinois Council totaled 1,967 members—nine more would have made the number easier to remember! The Illinois Council only had 450 members in 1975.

When I became president of the organization, I lobbied for an office for the Learning Disabilities Association of Illinois. I wrote, “It is a fact that if we are to progress, we must have an office and/or secretarial help. We need a telephone number listed under our name.” In May, 1988 that became a reality.

Illinois has held conferences annually most years, continues to have an informative newsletter and has an active legislative chain. We have continually advocated for the persons with learning disabilities through legislation as well as with other organizations such as the Department of Rehabilitation Service (DORS).”